This isn’t a comprehensive tour diary–I was moving too fast for that. I have a list of cartoons still to draw.

This statue is in the Musée d’Orsay. Oh, by the way, before we went into this museum there was a flood of people rollerblading past the front of it for like, at least 15 minutes. We got inside and they were still going. We still do not know why.

We went to a really nice bar called Les Trois 8. We did not get to go to the tapas place with the lucha libre wrestling in the basement, because it was closed. But this was nice.

This is the front of the, National Academy of Music? Something? I was too focused on drawing at a cafe to write it down.

Inside Schlenkerla, in Bamberg, Germany. We had smoked beer.

End of a letter to a friend. 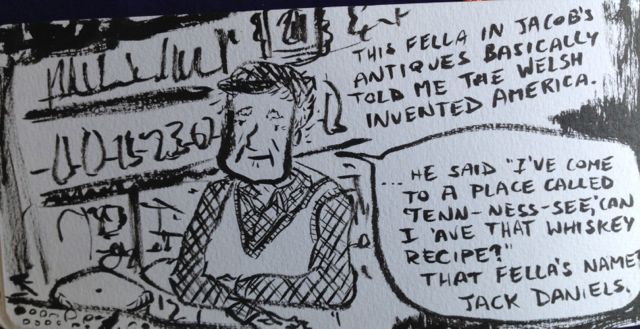 Met this nice guy in Jacob’s Antiques, in Cardiff.

Okay, this next part requires some explanation. We spent some time with family in England, including my boyfriend’s six-year-old niece. She and I were talking about how sad it is that you never see a badger. She said they must hide in their holes, so then we reasoned that you would have to send a camera into a badger hole to get a picture. But people are too big to go in. But! she said…a baby could fit. 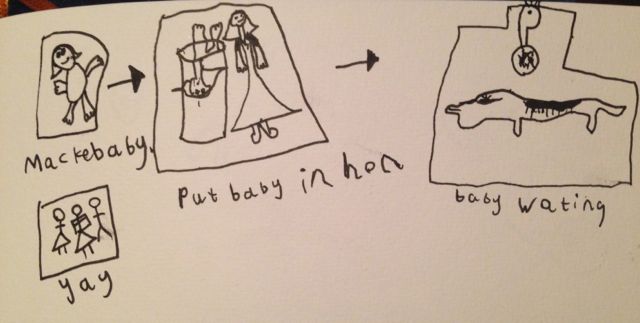 The rest kind of explains itself. 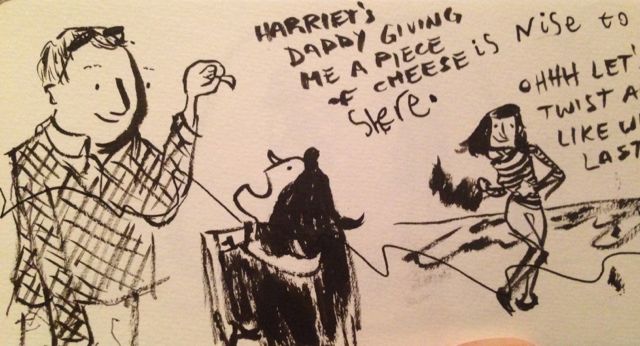 She insisted on these pictures. 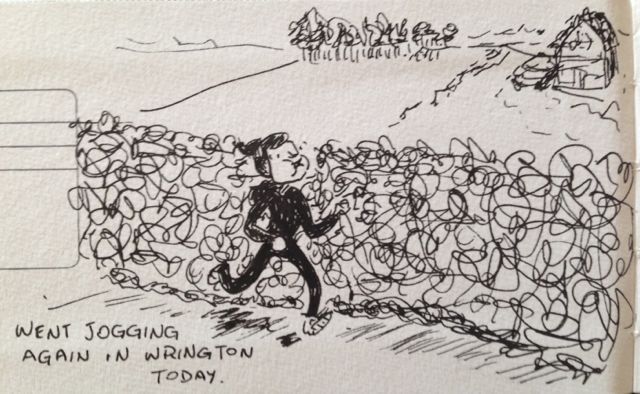 I went back the next day, and they were up close to the fence. 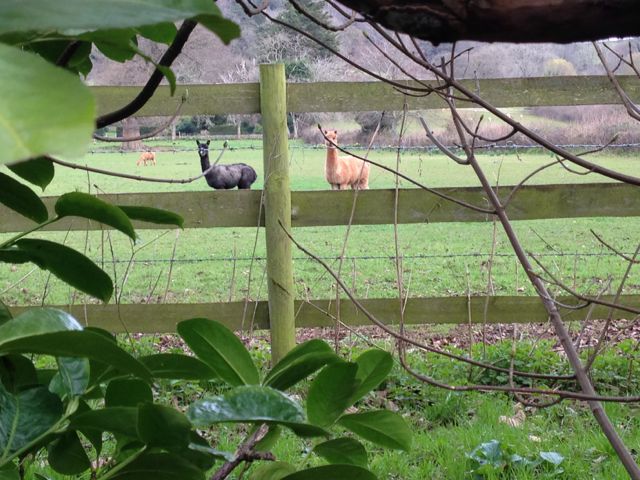 They came closer when they saw me.

Then, they realized I did not have food,

I can’t remember the actual name of the tv show she referenced. Something really popular there.

I still have to draw a bunch–I have a list. But that’s what I’ve got for now.